Jayson Gaignard was working as a mechanic when one day he realized that people don’t live forever. That same day he quit his job to start chasing his dreams. He started a company and in a while, he was making millions in sales. Then, because of a bad business partner, things crashed and he got broke. He was totally devastated but he managed to recover and now he is back on track. How all happened? Below is the amazing story of this young entrepreneur. The article was originally published on Entrepreneur.com here.

Jayson Gaignard felt like he’d been sucker punched. The credit card statement just didn’t add up. He was reading a massive list of transactions charged to his online ticket company, Tickets Canada, and he didn’t remember any of them.


There was a good reason why: He never authorized them. His business partner fled the country and racked up more than $120,000 in tickets on his credit card, selling them under the table and leaving Gaignard holding the bill.

Unfortunately for Gaignard, this was just the beginning of his problems.

After the theft, his company’s merchant payment processor made an inexplicable policy change that locked 100 percent of Tickets Canada’s revenue in a reserve account out of Gaignard’s reach.

Literally, overnight, his cash flow evaporated. The processor explained that until they conducted a thorough review of his account (necessary because of a previous error the processor had made), Tickets Canada’s money was frozen.

In just over a month, Gaignard went from $5 million a year in sales to a defunct company and $250,000 in debt for which he was personally responsible since he’d been using his own credit cards to fund most of the company’s transactions. To further increase the pressure, he was raising a daughter born just four months earlier and preparing to get married in just over a month. “There were so many moving parts, and I felt like I was just spinning out of control,” he recalls. 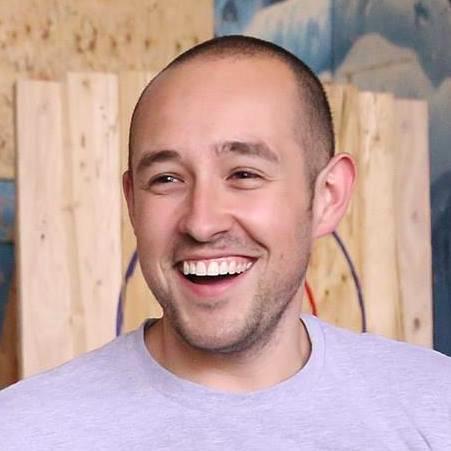 Fast forward three years later and now 30-year-old Gaignard is no longer broke but debt-free and running sold-out MastermindTalks events, an elite, invitation-only summit for entrepreneurs that is designed to connect and amplify the networks of world-class people while also helping founders work on themselves that connect world-class entrepreneurs with invaluable experts. But to say it was easy would be a joke.
‘A Ferrari for a brain but no gas in the tank’

Gaignard’s transformation into a one-man TED Talks for entrepreneurs started with some serious soul-searching. After dropping out of high school at 17, he had an epiphany while working as an auto mechanic.

“One day during lunch, I broke down the average lifespan of an American into days. You think you’re going to live forever, but when I could literally see the days ticking, I knew I had to change it up.”

He quit his job that same day and started his own business: a full-service concierge company. One of the tasks he performed regularly was hand-delivering concert tickets (in a tux no less) and ticket sales quickly became the most profitable part of the business.

Gaignard pivoted to become an online ticket seller and Tickets Canada was born and quickly grew to $5 million in annual sales.

He was at the top of his game, growing his business and his bank account but all was not well.

“I didn’t like the business,” he says. “I wasn’t passionate about it or the industry. I was making 22 times the national average income, but I wasn’t 22 times happier.”

He decided to sell the company. But before he could, the disasters with his dishonest business partner and the cash flow freeze happened. He’d already been stressed but this was too much: Gaignard was hospitalized with failing kidneys from the stress. He gained 70 pounds and was miserable, with no drive or energy. “I had a Ferrari for a brain but no gas in the tank,” he says.

In October 2012, just when things looked the darkest, a friend invited Gaignard to an intimate two-day event with the legendary marketer and author Seth Godin. The theme, he soon found out, was the “connection economy,” or the theory that there’s tremendous value in being the catalyst between like-minded individuals.

“It was a simple idea,” Gaignard says. “But it fundamentally changed my mindset on relationship building.”

He went all-in on the concept. The moment he returned home from the event, he started his now-famous Mastermind Dinners in Toronto. The dinners are small gatherings of entrepreneurs hand-picked from Gaignard’s network. His ability to make connections between the right people and his fanatical commitment to the dining experience made the events must-attend gatherings.

Bestselling author and past Mastermind Dinner attendee James Altucher say the dinners are “the only invitations I accept because I know each one will change my life.”

See also:  10 Billionaires Who Dropped Out Of College

Gaignard attends each dinner personally and spends countless hours on preparations, meticulously planning the guest list, group size, restaurant location, and even the conversations themselves. Everything is scrupulously engineered to deliver a once-in-a-lifetime experience for attendees, all at his expense.

When the dinners first started, they weren’t cheap. Gaignard, while still financially underwater, was paying $600 to $800 out of pocket for every dinner. It was a move that made no sense on paper but Gaignard was betting big on the power of authentic relationships that create immense value.

“I rarely partake in my dinners,” he says. “I’ve held dinners where I don’t even have a seat or eat anything, which I’m totally fine with. I just walk around making sure everyone is connecting and having a great time and that’s my mission.”

Two months later in 2013, he made an even bigger gamble on the connection economy. It all started when author and entrepreneur Tim Ferriss was in a bind. Barnes and Noble had just banned Ferriss’ newest book, The 4-Hour Chef, from its 1,100 stores because he was publishing his book through Amazon. He needed to move copies fast but didn’t have a traditional distribution network to do it.

Enter the “Hail Mary” bundle. Ferriss offered two free keynote talks anywhere in the U.S. or Canada in exchange for a bulk purchase of 4,000 books. Gaignard threw up his own Hail Mary: He told Ferriss he’d buy all 4,000 books.

There was only one problem: The package cost $84,000 and Gaignard didn’t have the money.

In one of those moments that makes Gaignard’s rise to mega-connector status seem almost inevitable, he raised the money in two days from his existing network. Money in hand, he scored the books and the keynotes.

Gaignard was still broke but this time he had an ace in the hole: an event commitment with Ferriss, one of the most sought-after speakers in the world.

The power of authenticity

Gaignard moved fast. He leveraged the Ferriss keynotes he’d just bought to launch the first MastermindTalks event a few months after the book buy. With Ferriss’ name behind him, Gaignard could have easily launched a massive conference and raked in enough cash to pay off his debts. Instead, he doubled down on his commitment to authentic relationships.

He personally selected 100 attendees from over 4,200 applications for the first event and held phone calls with every single person who purchased a ticket. Refunds were prompt for those he didn’t believe were the right fit. He refunded a dozen tickets the first year, losing more than $43,000. Once again, Gaignard was betting on relationships, not money.

The exacting level of quality control has paid off for Gaignard. Prospective attendees literally beg Gaignard to pay the $6,000 ticket price (I have personally witnessed this) and the speakers who routinely charge mid to high five figures for keynotes talk for free. That’s because the quality of the speakers and attendees is unmatched anywhere else.

The first MastermindTalks event barely broke even financially, which is considered a success in the cutthroat events space. The second event, held in May 2014, made some money and kept Gaignard afloat until this year’s event. The last event occurred on May 1 and sold out quickly, attracting more attention than ever with Tesla signed on as event partner. And Gaignard’s commitment to the caliber of attendees is something to behold: He offered every attendee $1,000 cash to cancel their spot at this year’s event. Only one person took him up on it because of an upcoming product launch.

Gaignard is still paying off his debts, but he feels wealthier than ever.

He should know. He lost nearly everything but built a world-class entrepreneurial event on the back of the one thing he had left: His network.

“When you hit rock bottom, you’ll be left with two things: the integrity of your word and your relationships,” he says. “Never tarnish your word and always invest in your network.”