The history of gold. How to invest in this precious metal and is it a good investment?

While it is highly incomprehensible why certain fictional creatures are so obsessed with golden treasures, very few can doubt its appeal to humans. Throughout history, it is seen as a sign of power and economic status. “Royals” and aristocrats of the ancient world dictated the market trends by using gold as a medium of currency for exchange and to store wealth. It is difficult to ascertain when exactly did humans start using it but evidence of mining can be traced as far back as 4700 B.C.

Although most people would associate it only with coinage and jewelry, its chemical, electrical and mechanical properties make it useful in many other applications as well, including electronics, electrical wiring, dentistry, and medicine, making it the most precious and sought-after element.

Gold is a valuable metallic element that has a bright yellow color in its purest form. Aside from its physical properties (e.g. ductility, malleability, and tensile strength), it is very popular for its monetary and symbolic value.

Experts believe that it was produced and delivered into the earth’s crust via an astrological phenomenon billions of years ago. It is thought to have been present in dust from which the Solar System was formed and was brought to the planet by asteroids.

It has an atomic symbol “Au” which is derived from the old Latin word “aurium” which means “shining crown” or “glow of sunrise”. The word “gold” originated from Germanic words “gulp” and “ghel” which mean “yellow” or “green”.

A BRIEF HISTORY OF THE PRECIOUS METAL 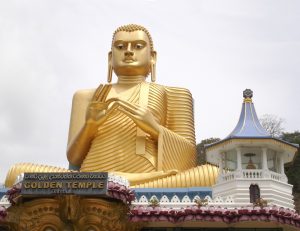 Gold, in many ways, has been an integral part of the world’s development and economy throughout the course of history. As early as 1500 B.C., it was already recognized as a standard medium of exchange for international trade which made Egypt the wealthiest country at the time as large reserves drove its economy to dizzying heights.

China and Rome issued their respective coins that had particulates of the metal in 1091 B.C. and 50 B.C. as a form of money. However, the first coins that were made purely of the precious metal were struck in the Kingdom of Lydia in Asia Minor (now Turkey) by the order of King Croesus.

To scrutinize and assess its quality, the world’s first hallmarking system was established at Goldsmiths’ Hall in London in 1300 A.D. Due to the growing demand and increasing market value, governments and private individuals alike began scouring the earth for the metal, a phenomenon aptly called the gold rush. Among the more notable discoveries were made in Brazil (1700), the United States (1848), and South Africa (1885).

See also:  What Is The Dogs Of The Dow Investment Strategy And How To Follow It?

In 1717, the UK implemented the Gold Standard which became the monetary policy within and between countries, and by 1900, all major countries except China followed. Under this system, countries linked their currencies at a fixed rate to a specified amount of the precious metal.

Coins made from the metal ceased to be minted in the 1930s as a result of the war’s impact on the global economy and in 1976, the standard was completely abolished and replaced by the fiat system which we use to this day.

In 2004, SPDR was launched which provided an innovative and secure way to access the precious metals markets. This along with the improvements in mining technology jacked up the price which reached record highs in 2010.

When labeled “food grade,” it is processed to be made into thin flakes called gold leaf. It is found to be non-toxic for human consumption in small doses and is used around the world in decorating food and drinks. Although tasteless, it can often be found in desserts such as chocolate, snacks as well as coffee. However, consumption in large amounts is still toxic.

The demand is expected to rise between 900 and 1000 tons which, if realized, would help them maintain their lead over China for the top spot once again. In 2014, India and China accounted for over half of the demand in the world.

It is currently on display at Toi Gold Museum in the city of Toi in Shizuoka, Japan.

See also:  How To Invest In The Dividend Aristocrats - Directly Or Through ETFs

HOW TO INVEST IN GOLD 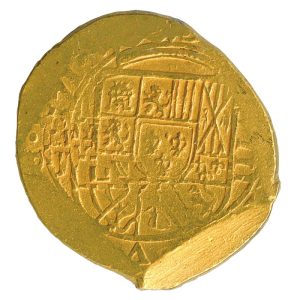 There is nothing more satisfying than having physical access to your investments. Whether it be gadgets, appliances, accessories, or in this case, bullion (bar), it gives you that extra feeling of relief and that it’s safe only in your hands, literally.

Golds, in general, have lower premiums compared to other products such as coins and certificates. However, larger bars are so heavy that they can’t easily be weighed, which is bad news for transport. Bullions can also be forged by using a tungsten-filled cavity which, unfortunately, isn’t easily traceable.

ETP is a great way to invest in gold without the inconvenience of the physical bar. However, that does not make investors immune to drawbacks and piles of expenses including storage, insurance, and management fees. Also, skeptics have raised concerns surrounding the complex structure and secrecy of trading GLD, the most popular gold.

Another way to avoid the hassle of storing and managing physical assets is by buying shares in the companies that produce them, in this case, the gold mining companies. When the price rises, the company profits and presumably, the share price may also increase. However, that’s not always the case since there are risks in mining operations such as flooding, structural collapse, mismanagement, corruption and negative publicity.

Gold futures are standardized financial instruments that follow the price of gold. They simply are contracts for buying or selling a fixed amount of the metal, at a certain future day. To invest in gold futures, you must have an account with an investment broker that offers access to a market, where these futures are traded, for example, Chicago Mercantile Exchange. The bad thing with futures is that they expire after a certain amount of time, so your position gets automatically closed on the expiration date. To read more about what futures are, you can go HERE.

See also:  What Are Dow Jones Futures? How To Invest In Futures

Gold is a soft yellow metal with a very high melting point, making it ideal for use in jewelry and coins. Gold is relatively rare in nature, but it is also easier to find than many other valuable metals. As a result, it has been used in a variety of commercial and industrial applications and is also used as an investment vehicle by many.

Gold has been used for numerous purposes throughout history. Within a few centuries of its discovery, it was being used to make jewelry, coins, and other items. Gold coins have been used since the 5th century BC in the ancient Greek and Roman empires. In the medieval period, gold was used to decorate churches and was even the basis of currency in some parts of Europe.

The basis of gold’s value is its scarcity in nature, but it also derives its beauty and high desirability, due to its soft yellow color, ductility, and malleability. Gold is also highly resistant to corrosion and therefore retains its quality over time even when exposed to air or water.

Gold also has important industrial applications, from electronics to dentistry. In electronics, gold is used in many products, from laptop computer screens to bullet-proof vests. Gold is also used in dentistry, for fillings and crowns, for its noncorrosive and nonporous nature.

Today, gold is mostly used as an investment, with many people buying gold coins or bars as a hedge against inflation. Gold prices tend to increase during times of economic uncertainty and therefore serve as an important store of value. Gold is also seen as a safe-haven asset, due to its less volatile nature compared to other assets.

Gold is one of the most popular precious metals, with a long and fascinating history. Its versatility and durability have made it one of the most sought-after materials in the world, and its use in both aesthetic and industrial applications is unparalleled.

What Is An ETF? How To Invest In Exchange Traded Funds (Infographic)

How To Invest In The Dow Jones Industrial Average Index