Did you know that many of the biggest Internet companies today were started in a garage? These multi-billion businesses had barely anything at the beginning, the most important thing for their success turned out to be simply a great business idea. Here are the stories of some of the most popular ‘garage start ups‘:

The founders of one of the greatest Internet companies – Sergey Brin and Larry Page started the business in a small garage in California. They paid $1 700 monthly for the rent and spent there around 5 months. During that time, they actually created the core of the search engine. The owner of the place, a woman named Susan Wojcicki, needed some additional money to pay off some debt. She couldn’t have imagined what was actually born in her garage. 8 years later, Google decided to buy the place, because it was an important milestone in its history. 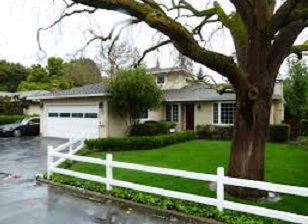 The garage where Google was started. Source: http://commons.wikimedia.org

Paul Allen managed to persuade Bill Gates to quit university to start one of the greatest software companies. Their first office was a very small garage, where there was room only for the two of them and some machinery. The place was actually owned by Bill Gates and they even didn’t pay rent. However, it was more than enough for the birth of the giant – Microsoft.

See also:  The History of eBay - Pierre Omidyar And His Amazing Start Up Story 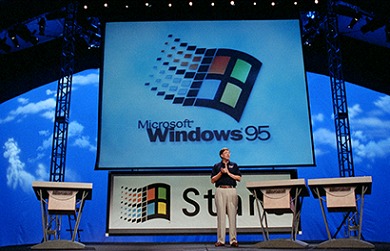 Back in 1976, three young guys – Steve Jobs, Ronald Wayne, and Steve Wozniak decided to start a business with computers. They actually started in a spare bedroom and a few months later they moved to a small garage in California. This was the place, where their first computer was created – Apple 1, and this is how one of the most innovative companies of all time was born.

The garage where Apple was started, source: Wikimedia Commons – http://commons.wikimedia.org

Jeff Bezos was amazed about how Hewlett-Packard was started in a small garage. So he decided to do a similar thing. This is how in 1994, he began selling books online from his own garage in Washington. The first sale he made happened the next year and since then, his business hasn’t stopped expanding. This was the birth of Amazon.com, where you can buy almost anything today. Amazon was also started in a garage.

In 1984, Michael Dell had $1000 dollars in savings. He had a big interest in computers, so he decided to invest his money and start a company called “PCs Limited”. His first office was a small garage, where he assembled custom computers for his clients. Currently, Dell Computers is one of the greatest and biggest computer companies in the world.

Garages have become a breeding ground for some of the world’s biggest and most successful companies. These companies, many of which are household names, all began humble beginnings in the proverbial garage. Though not all of these stories have turned out to be rags-to-riches fare, they offer us valuable lessons in business, innovation, and tenacity. These stories demonstrate how great things can come from small beginnings. Though not all such ventures will lead to great success, they serve as proof that a garage can be the start of something great. Starting one’s own business from a garage might seem a daunting task, but it can lead to great rewards and success.

See also:  This Is How To Start An Online Business With No Money

These are only a few of the great companies that had been started in a garage. If you like this post, please share it with friends.

The Net Worth Of The Top 15 Tech Billionaires

Online Entrepreneurs And Their Businesses Are Growing Rapidly (Infographic)