Did you know, that Microsoft bought the prototype of their first disk operating system  “MS-DOS” from a man working in a small computer company named “Seattle Computer Products”? Tim Patterson, an engineer in this enterprise, had developed the operating system for six weeks, for internal purposes only. He named it QDOS – “Quick and Dirty Operating System”. 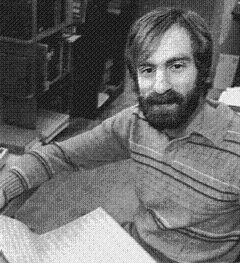 
One day, in 1980, as Tim was sitting in his lab, he was visited by a man named Paul Allen (one of the founders of Microsoft), who offered him $50 000 for his QDOS software. Can you imagine Patterson’s face at that moment? What you would look like if someone offered you this amount of money for something you built practically in your spare time. He just couldn’t believe that someone offered him that much for something he had to build for the last few weeks. So, not surprisingly he accepted the deal…

Soon Microsoft signed a contract with IBM, offering them the operating system for their computers. Shortly the new MS-DOS was one of the most used operating systems in the world. Several years later, Microsoft would become a multi-billion company.

Some interesting facts about Microsoft

1. Microsoft was founded in 1975 by Bill Gates and Paul Allen. Gates was only 19 at the time, and he would go on to become the world’s richest man with a fortune estimated at $68 billion in 2020.

2. Microsoft’s first product was a version of the BASIC programming language, which was released in 1975. Since then, they have gone on to become a leading provider of software, hardware, gaming systems, and services.

3. Microsoft’s biggest hit is its Windows operating system, which currently powers more than 80 percent of all personal computers in the world. It first launched in 1985 as Windows 1.0, and the latest version is Windows 10 released in 2015.

4. Microsoft Office is probably one of the most popular productivity suites ever created with over 1 billion users worldwide as of 2020 It first launched as a bundle including Word, Excel, and Powerpoint in 1990, with Outlook added to the mix two years later.

5 . Microsoft is also responsible for creating some of the most successful video games ever made like Age Of Empires and Halo, which have spawned multiple sequels and spinoffs over years. The Xbox console platforms are also developed by Microsoft and have reached well over 100 million sales since its launch in 2001.

6 . Finally but certainly not least. Microsoft has revolutionized Artificial Intelligence with its Cognitive Services Platform – an AI platform that can recognize language, speech and learn image content.

To read some more facts about the company and its founders, you can see this article here: businessideaslab.com/who-is-bill-gates

If you would like to see a full history of Microsofts operating systems, you can do this here: Microsoft OS History.

See also:  Which Is The Oldest Currency In The World

Also, don’t miss checking some of the suggested related articles, too.