Many of the greatest business ideas, that were later turned into super successful businesses, were born in the heads of college students. Thinking about today’s multi-billion companies like Facebook, LinkedIn, Apple, Google, and Yahoo…, seems like this trend hasn’t changed much now as all of these are college startups… Only to add to this statement, here are 3 additional stories of 3 American young entrepreneurs who have built a successful businesses out of their ideas while in college: 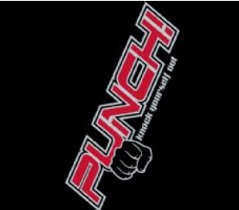 
Zac was an ordinary student at Indiana University, who liked having energy drinks. But no matter how hard he tried, he wasn’t able to find such a drink entirely made of natural products. At this, he saw a good business opportunity and decided to grasp that niche. He found a family recipe for a fruit punch and used it to create his energy drink, which he simply called ‘PUNCH’. It tasted cool and was meeting some dietary requirements. The young entrepreneur managed to persuade his parents to finance his venture with $200 000 starting capital and he began production. He sold it under the slogan ‘Knock yourself out’. Slowly he found some distributors, who wanted to sell his beverage and the sales went off. In 2009, he made around $1 000 000 in revenue.

Ben Lewis was a student at the University of Pennsylvania when he came up with the idea for his ‘Give Water’. It was ordinary mineral water with the only difference – a part of the sale price of each bottle went to charity. There were bottles in several different colors and the buyer could choose what cause to donate – the green bottle was for environmental causes, the red bottle was for fighting breast cancer, etc. He talked to some local small stores about selling his product and managed to persuade a few of them. This is how he took off. Soon, his water was noticed by distributors who started selling it around the country. At the end of 2009, Ben’s company reached more than $600 000 in sales. One of the dreams of the young entrepreneur is to be able to donate at least a million dollars yearly to charity. 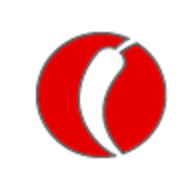 Hermony Way was on her way to a journalism degree. She was trying to get a job to cover living expenses, but soon she found out that nobody wanted to pay a good salary to a second-year student looking for work experience. That’s why she bought a domain name and founded the site www.newspepper.com . The main business strategy of her venture was to make it possible for students to get paid work experience and in addition to that to offer the articles and materials to some big media at a lower cost. Hermony used her student loan for start-up capital and began working on her idea. Later she created a business plan and showed it to some investors. This way she managed to arrange financing from a business angel to expand her idea.

Did you like these 3 college startup stories? If so, please consider sharing them with a friend through our cool social buttons on the site. We would also love to hear your opinion on the matter, you can drop it as a comment below.

Your New Startup – How to Ensure It’s a Success

Top Social Networks For 2013
See also:  How to Start a Payment Processing Business at 16 - Jared Isaacman's Start Up Story