Daniel Kan Was Rejected By 30 Employers. Now He’s A Co-Founder of a $1 Billion Startup

The world of finance completely shut its doors to Daniel Kan. During his senior year in college, Dan wanted nothing more than to become a financier. They all did some decent money, right? Everybody goes to finance…  But of the 35 jobs he applied for, mainly in the lucrative finance world, he got 33 rejections. The two offers that he was left with were both not related to finance at all. One of the opportunities he received was for teaching English in Korea and the other – working for a startup. He opted for the opportunity to work with a fledgling San Francisco startup, UserVoice, a company that focused on helping companies gather user feedback. This was how the doors of the startup world opened for Dan.

Today, about a decade later, Dan is best known for being the founder of Cruise Automaton, a startup that GM bought for a mind-boggling 1 billion dollars in cash and stock. This happened in 2016, LK, the parent company of General Motors, acquired Cruise Automation and appointed Daniel as its CEO. Under his leadership, Cruise Automation has made leaps and bounds and recently, Cruise announced that its driverless vehicles would now be available in the San Francisco Bay Area.


As of 2018, Daniel is the CEO and public face of Cruise Automation and a player in the autonomous car space. He has also been involved in numerous philanthropic efforts and organizations, such as the Harvard Kennedy School and the San Francisco-based Change Champions.

He Has Come A Long Way

Dan’s journey to this rare and enviable entrepreneurial milestone began while he was still at UserVoice. This is when he began trying to set up a company of his own. As a matter of fact, Dan had a few false starts before stumbling on to the idea that would put him firmly in the highest echelons of entrepreneurial achievement. Dan’s first attempt at entrepreneurship was through an app called Appetizely back in 2011.

The app was intended to offer coupons to restaurant customers to boost traffic in these establishments during low seasons. However, he would have to shut this down a couple of months later after building 30 apps for various restaurants because Apple insisted that the apps be combined into one. 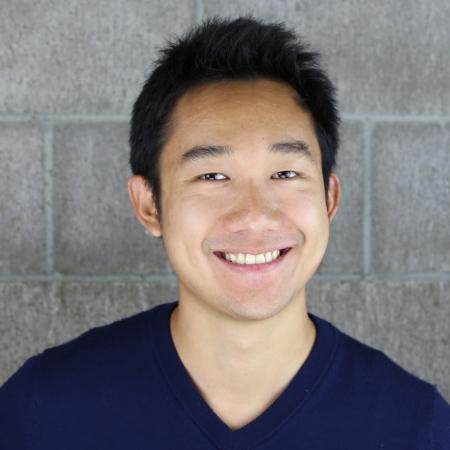 Daniel Kan – a picture from his LinkedIn profile: https://www.linkedin.com/in/danielkan

His next venture was Exec, a personal assistant device that customers mostly used for house cleaning. The project had its moments, but Daniel wanted something he truly had a passion for, and Exec just wasn’t it. As a matter of fact, Exec was bought by a company called Handy, and it went on to take the lead in the house cleaning business.

Cruise Automaton, his most successful startup ever, was a project he was truly passionate about. The idea of autonomous driving had fascinated him ever since he had heard about it from Vogt, who had fantasized about the concept himself since he was a teenager.

As it turns out, the entrepreneurial spirit runs rampant in Dan’s family. In the 90s, his mother set up her own real estate and mortgage brokerage outfit. His older brother, Justin, is responsible for the Justin.tv, an online video platform he launched in 2006.

Justin.tv would later change its name to Twitch. But even at an early age, his moxie and can-do attitude were apparent. With his brothers, Dan would use giant map books to make copies and join them together to make it easier for his mom to reach all the houses she was handling.

And what does Dan credit with his success? In a word, the right connections and an iron determination. To Dan, these connections consisted of his brother and his friends at Twitch. The other reason for his success, of course, is having a great idea and having the determination to ensure that it succeeds.

Those who have had the privilege of working with him or seeing him at work can attest to these facts. As a bonafide pragmatist, Dan is not one to let his success get to his head. He is all about solving the problems that pop up along the way until he attains his wildest dreams.

He is also an avid risk-taker, and a dreamer with many groundbreaking ideas he would like to try out. This, in addition to an unassailable work ethic and a determination to see things through, has made Dan into the success he is today.

You’d think that after getting the paycheck of a lifetime, Daniel would be leading a flashy lifestyle, but you would be wrong. Dan’s humility runs deep: he still shares an apartment with his brother.

Surprisingly, even while with Exec, he went out of his way to ensure its success, and this is probably why he is so good with startups. He was even willing to scrub his clients’ toilets to ensure that their needs were met. Dan is not just concerned about meeting his obligations, he also wants to ensure that everything under his charge is done thoroughly.

The giant check General Motors has given Cruise Automaton will go to Dan, Vogt, early investors, and a team of 40 Cruise Automaton employees who worked with the company during its acquisition. Not even the plushest finance job on Wall Street would have gotten him where he is after the Cruise deal.

If anything, Dan is grateful to the tens of banks that turned their backs on him. “Thank you!” he says.

Daniel has strived to use innovation as a tool for improvement and has made tremendous strides as one of the early adopters of autonomous driving and AI technology. With the success he has achieved, Daniel is an inspiration to the Asian-American community and to other entrepreneurs.

How do you find this article? Please, consider sharing it if you think it’s interesting. Sharing is caring, you know…