Would You Believe It? James Casey Started UPS With Borrowed $100

United Parcel Service, or UPS as it is known by everyone today, is one of the largest messenger and courier services on the planet. Since its beginnings in 1907 as a small messenger service in Seattle, United Parcel Service (UPS) has become one of the world’s most recognizable delivery companies. It serves an estimated 8 million customers each day and has operations in more than 220 countries. The company was started by James E. Casey when he was still a teenager after he witnessed a disorganized delivery service at a local department store in Seattle. Seeing an opportunity to improve the delivery system, Casey gathered together a group of friends to create the American Messenger Company. The company has grown to become a giant and delivers well over 15 million globally on a daily basis, but when it first started out over a hundred years ago, no one could have predicted UPS would be such a roaring success.

The humble beginnings of the American Messenger Company 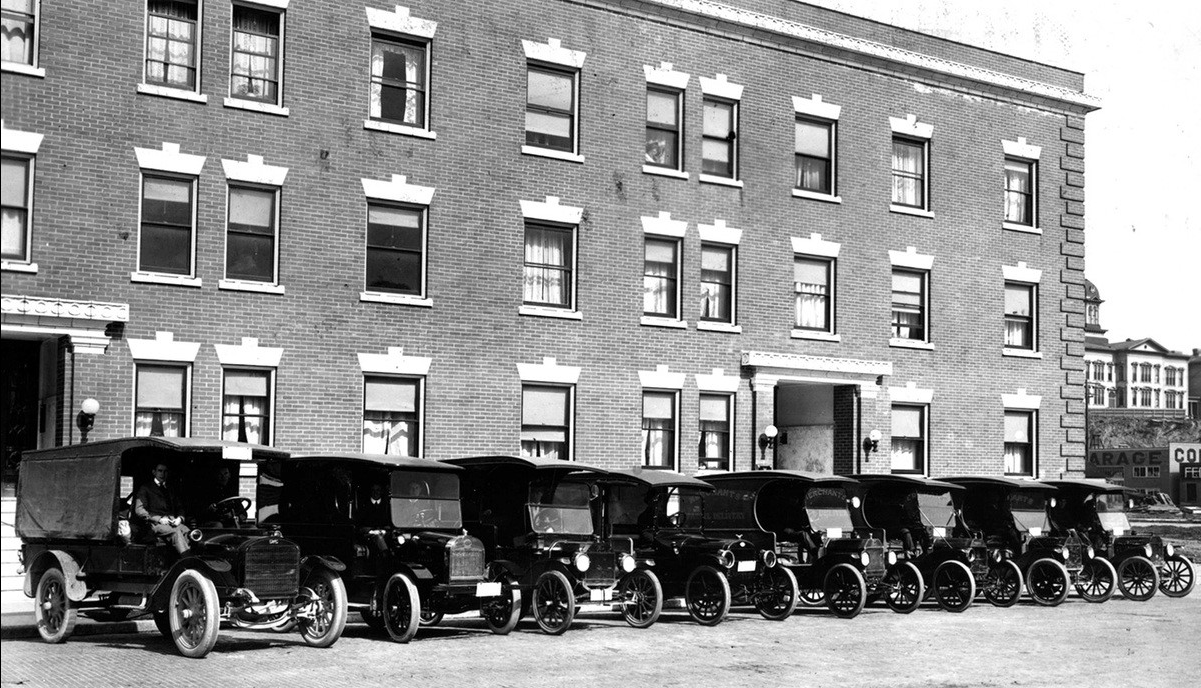 The office building of Merchant Parcel Delivery in 1916, source: https://en.wikipedia.org/wiki/United_Parcel_Service


James Casey founded UPS back in 1907 with the initial name of American Messenger Company. He was only 19 years old and had to ask a friend for a loan of $100 to start the company, which was registered in Seattle, Washington. His first business was mainly delivering messages and small packages from people to other people. The young entrepreneur had worked as a messenger for several similar services in the city. The need for reliable messenger service existed in the market, and Casey capitalized on this need, with tremendous results. His principle had been always to deliver the best services for low prices, and the modern-day UPS still holds true to that promise. His own brother and a few friends worked as delivery boys and delivered most of the goods on foot, or used bikes for the more distant destinations. There were almost no automobiles in those times. A small office rented out in the basement served as the first base for UPS, and through Casey’s firm stance on quality, the company was able to beat the competition from existing companies and emerged as the city’s favorite messenger service.

The birth of UPS After 1913, a device invented by a guy named Alexander Bell – the telephone – had begun getting more and more popular among people. This decreased the demand for messaging services and American Messenger Company had to reorganize its activities. They focused more on package deliveries and bought some motorcycles for improving their services. This was also the time that the company acquired one of its first automobiles for delivering heavier goods, a Model T Ford. Casey and his new partner Claude Ryan partnered up with a competitor Evert McCabe and after the two companies merged they changed the name of the newly formed company to Merchants Parcel Delivery, a name which the company continued using till 1937 when the name was officially changed to the modern-day United Parcel Service.

By 1918 a few big department stores in Seattle were attracted as customers. The stores had their own delivery cars and turned business over to Merchants Parcel Delivery. After 1919 the company started offering services in Oakland as well.

Services were expanded to other major cities in the country, including New York, and soon UPS was offering its services in all 48 contiguous states in the US. It was around this time that consolidated delivery services were first introduced, and UPS was one of the pioneers of this technique. All shipments to a neighborhood were delivered by a single person using one delivery car, making it more cost-effective for the company to operate over a large area. In 1988 UPS launched its own airline for enhanced delivery services and shifted its office once again to its present location in Sandy Springs, Georgia.

UPS’s very first air route was established in 1929, and the company continued to expand its air delivery services. In the 1960s, they began using new technology such as computers and scanners to track packages and improve customer service.

See also:  A Short Biography of Michael Dell - How He Founded Dell With Just $1000

By the 1970s, UPS had developed its well–known brown delivery trucks that we all know and love. In the late 1990s, the company developed its first domestic ground–rush delivery service, and in 2002 it launched its international package tracking service.

UPS always pushed the curve and ensured that it had the best supply chain network by acquiring companies that could help UPS improve its delivery services. Haulfast and Carryfast, two well-established supply chain solutions were bought by UPS in 1992 and turned into the official supply chain vendor for the company. The company did something similar to US and Blue Label Air back in 1982 in order to provide faster delivery service to its customers. Through acquisition or strategic partnerships, UPS ensured that it always had an edge and used its key alliances to offer competitive services not just in America but in Canada, and several overstate countries as well.

UPS celebrated a hundred years of successful operation in June 2009. Being one of the most influential logistic and supply chain organizations in the world, UPS continues to offer new services to its customers. The services of personal mailboxes were offered to clients in 2003 after UPS acquired Mail Boxes Etc. As of Dec 2022, UPS has a market cap of $153 billion US dollars and is a part of the 50 most valuable brands in the world. It continues to grow and has emerged as the first choice for anyone who requires reliable and cost-effective parcel delivery services.

UPS’s success is largely due to its commitment to customer service and innovation. The company has developed a system that puts customer satisfaction front and center and has an ongoing commitment to improving its service offerings.

Today, UPS is continuing to modernize, offering customers a variety of services, from ground freight to international expedited delivery. With its fleet of trucks, planes, and boats, it is truly a global delivery service and is known around the world as one of the most reliable and successful companies.

You can find more information about the history of UPS by visiting the company’s site here: http://www.ups.com/content/corp/about/history/

2. UPS began as a bicycle delivery service in 1907. It was founded in Seattle, Washington by James Way.

3. The iconic UPS brown truck made its debut in 2010. Drivers had previously used a variety of vehicles, but the new model is more fuel efficient and allows for quicker loading and unloading of packages.

4. UPS has its own digital tracking system, which it calls Quantum View. This allows customers to track packages easily, resulting in better customer service.

5. UPS operates one of the world’s largest air fleets, consisting of over 260 aircraft.

Kids Entrepreneurs – The Sanchez Kids Who Started A Courier Business