You can get rich and very successful even by a complete accident. In fact, many great businesses come to the world totally by fluke. And this is how one of the most popular social publishing platforms – Movable Type was born. It was started by a husband and wife, who created a system with the only ambition to make their own blog and a few years later they were millionaires. Today Movable Type is used by millions of people and by some of the largest companies in the world for their websites. It’s an open-source CMS software for creating sites, just like WordPress, and here is the amazing startup story behind it.

Benjamin and Mena Trott were an ordinary family, living in the small town of Petaluma, California. They both worked for a small company but accidentally lost their jobs. This was how they found themselves in a tough situation, both of them, with totally no income to live off. This was in 2001, exactly after the dot com bubble burst tremendously… The times were tough. Struggling to make the ends meet, they had to find a way to bring bread and butter to the table. After brainstorming some ideas, they decided to give blogging on the Internet a shot. It was just gaining some momentum at that time and it sounded like a good idea. Mena and her husband created a simple tool for posting articles online. This was a simple software that allowed them to publish their own writing on the Internet. 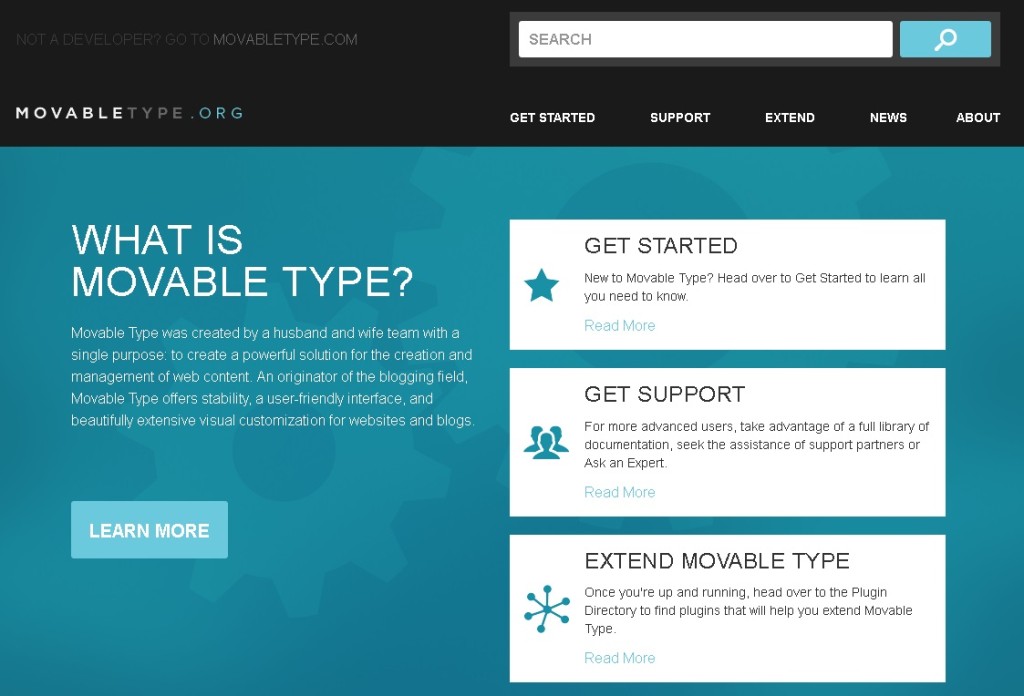 Initially, they intended to use it just for their own blog, but one day, they decided to put their platform available for download by whoever wanted. Maybe during that time, there were not that many apps of this type, maybe it was simply luck or people just liked it… I don’t know, but that decision of theirs turned out to be a very successful one. After made public, people from all around the world started downloading the blogging platform almost immediately. And they didn’t stop… This was what came out of their hobby and quickly became a very serious business. In 2001, they founded the company Six Apart which would later attract funding of millions of venture capital.

Movable Type quickly became the preferred place for many people to create their blogs for free. So popular, that Six Apart would later create “Typepad” – this time a paid blogging platform based on Movable Type but including additional features that make it suitable for use by totally non-technical users. Currently, Typepad is used by some huge online businesses to host their websites like BBC, CBC, Sky News, ABC, and many others.

Benjamin Trott – the founder of “Six Apart”, the company that created the blogging platforms “Movable Type” and “Typepad”.

Movable Type was originally intended for corporate web publishing by large organizations, but its ease of use has since made it popular with individual entrepreneurs, bloggers, and small businesses. Its expansive feature set makes it an ideal solution for managing multiple websites from a single environment without requiring a lot of manual effort or complexity.

Movable Type also benefits from strong community backing both within its own user base and outside developers who contribute their own themes, plugins, extensions, or other features that make it even more useful as a website creation platform. This enables users to pull in additional capabilities as needed or customize their own projects as desired.

Overall, Movable Type is an ideal choice for anyone looking for an advanced website development platform with near-limitless possibilities for customization. Its combination of graphical user interfaces (GUI), robust permission controls, integrations with third-party services, and extensive community support makes this an excellent toolkit for those seeking a reliable online publishing solution.

The story of Ben and Mena and their company – Six Apart, is one cool example of how a negative event like a job loss in the middle of a severe recession can be turned into a positive one like starting your own business. Finding opportunities where other people see only problems is a typical characteristic of entrepreneurs.

Please, consider sharing the current post if you find it interesting. This way you will support us in making more cool articles like this. Thanks!